My Own 101 ‘Awesome Books to Read Before You Die’ List

I recently downloaded ‘50 Masterpieces you have to read before you die‘ onto my Kindle for a princely sum of less than a euro (around a dollar) because I wanted to read Don Quixote and couldn’t see why I wouldn’t take an extra 49 books thrown in for good measure.

It turns out I only bought Volume 1 of two so I’ll have to dredge up another euro for the other Volume of 25 books. It also turns out that Don Quixote is sooooooo long. And a bit boring to be honest.

(By the way, don’t you also hate the ‘before you die’ bit? I always find that a bit of a morbid tagline even though I used it myself in the heading. What would be a nicer alternative do you think? What about ‘Awesome books to read and so would life be if you read them, so read them while you can’?).

I used to be the type of person who felt compelled not only to eat all the food on my plate but also to read a book through to the bitter end, even if I dozed through or was confused by most of it. Now I feel like there are too many good books to read in the world to waste my time reading the ones that aren’t satifying my proverbial appetite.

However, although I didn’t make it through to the last page of D.Q., I did manage to bravely plow my way through Aldous Huxley’s ‘Crome Yellow’ in the same volume. It was satirical and witty and I’m sure a whole lot better written than I can give it credit for. I am also slightly gratified to see I’ve read a few other titles in the volume already so I’m not a complete classics ignoramus.

I’ve decided I’m not going to feel compelled to read any specific books just because they’re on a ‘Classics or Masterpieces’ list, but I do appreciate the value in finding out what others have read and enjoyed. I have found some real gems that way.

This led me to thinking about all the wonderful books that have read in my life, written from all corners of the globe, and on the encouragement of my blogger friend Martina of Empty Nest Mummy, I have compiled my own list.

This list was meant to be my recommended 50 books but when I sat down to compile it, I soon went past the 50 mark and ended up with 101 titles! This is actually not even a list of only 101 books as some of them are series of up to 7 books each.

I am not claiming that these are all literary classics at all. They are not from a specific genre or era, these are just books that I have read throughout my life, ranging from my childhood to the teen years and up until today, that have all resonated with me in some way. They have left enough of an impression on my memory that I can recall characters and events in the books and all of them I would pick up and read again tomorrow.

As a fun exercise why don’t you count up how many of these you have read and see how well we match up in our reading choices.

Here is my list of 101 awesome books to read before you die because they’re awesome:

I am sure that I have forgotten a whole bunch of amazing books that I have read and perhaps this list will grow with time as I remember and add them, until I’m going to have to change the title to 202 books. Which will no doubt be terrible for my website’s SEO.

What’s your score, how many of these have you read and how well do we compare?

What are your absolute Must Reads that you feel I have left off this list?

Please note these are affiliate links, if you make a purchase I receive a small commission at no extra cost to you.

Looking for an illustrator or graphic designer to create something beautiful for your own business? Contact me: admin@libertyonthelighterside.com

This site is hosted by SiteGround, to find out more about webhosting, click in the image below. If you click on any ads on my site to buy anything, I may earn a tiny commission, at no extra cost to you.

Read my book in progress: 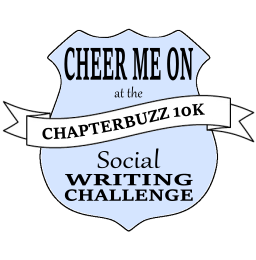